Starving, injured and abandoned, a stray boxer-pit bull mix lay on the ground in a public park in Bloomington, Indiana. Passersby who stumbled upon her immediately called the local sheriff’s office to send help. For the onlookers, it was heartbreaking.

For Officer Jeff Ripley, it was love at first sight. 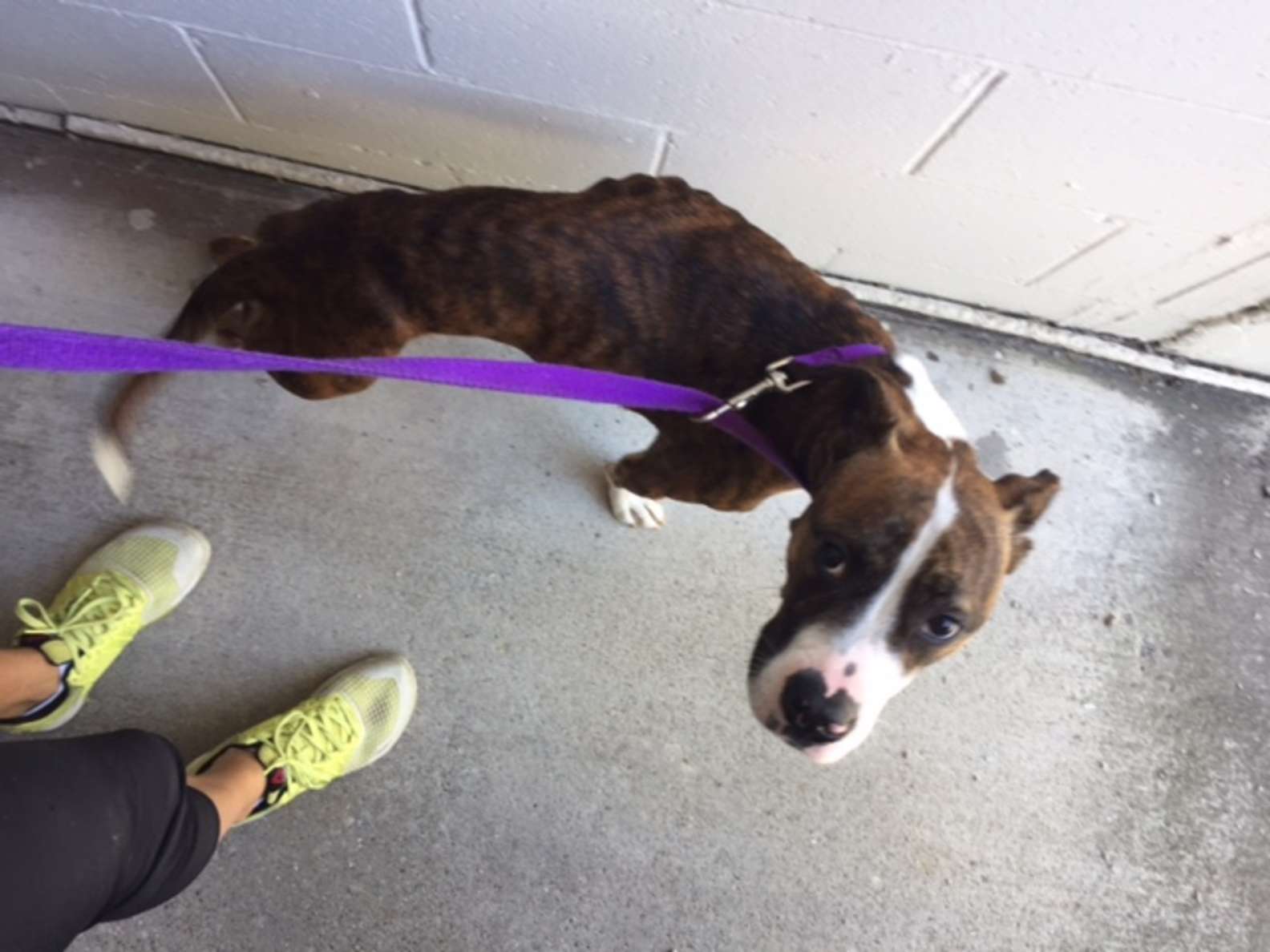 Within minutes, Rosie Ahlberg, Jeff’s fiancée, was driving back home with the dog, whom they named Daisy, in her backseat. The local animal shelter was closed for the day, and the poor dog had nowhere to go. The couple decided to house her for the night. 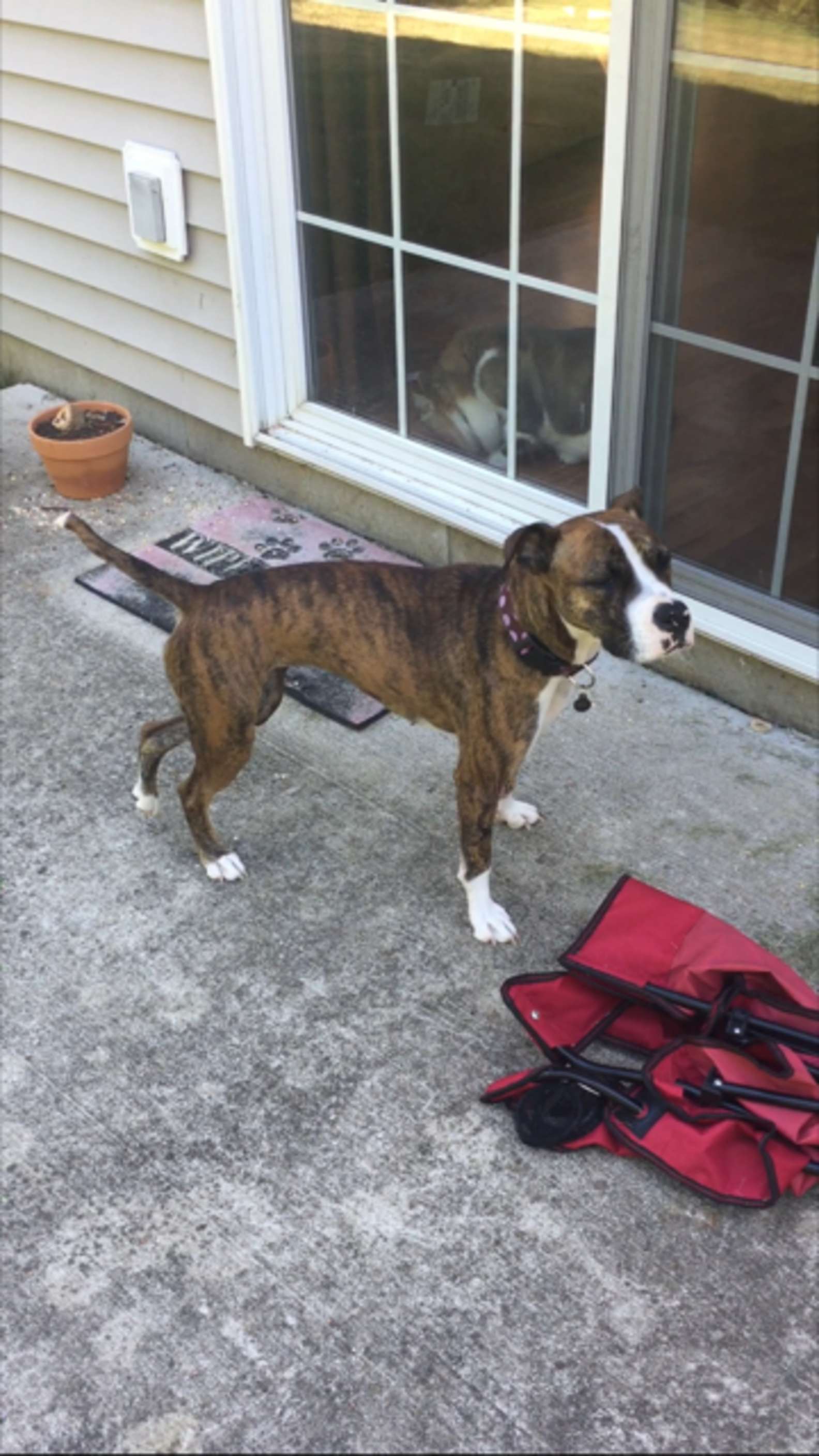 Ahlberg, a regular volunteer at the City of Bloomington Animal Care and Control shelter, brought Daisy into the shelter as soon as possible. After cleaning up some open wounds and soothing some burns, they diagnosed her with a torn ACL, a torn meniscus, a luxating patella and, likely, years of emotional abuse. Then they tracked down her former owner — the fourth one Daisy, who is only a few years old, had had in her short life. 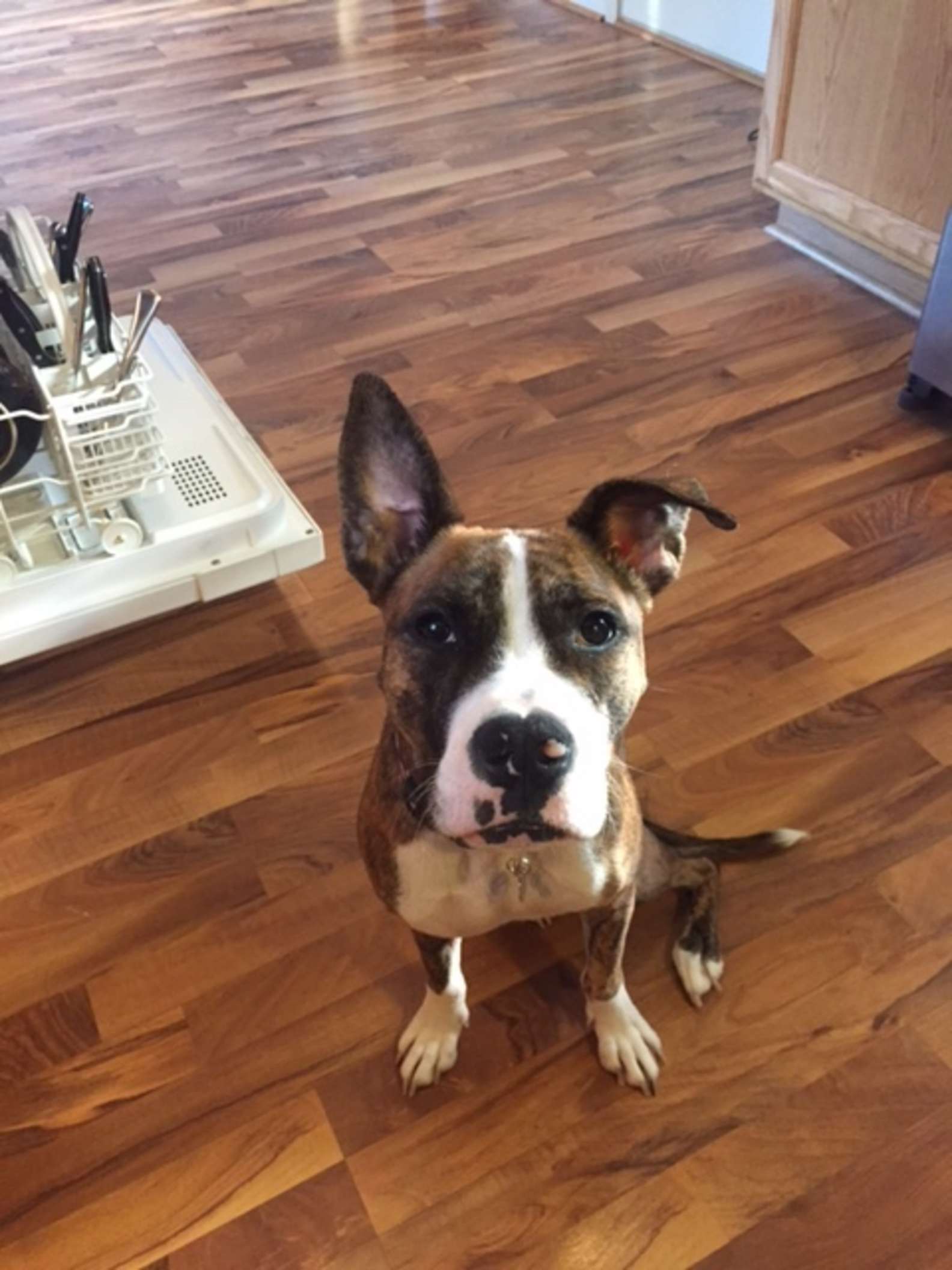 The owner said Daisy had been hit by a car in April, and they now wanted nothing to do to her.

For Ahlberg and Ripley, this was the perfect opportunity to show Daisy that she was loved. 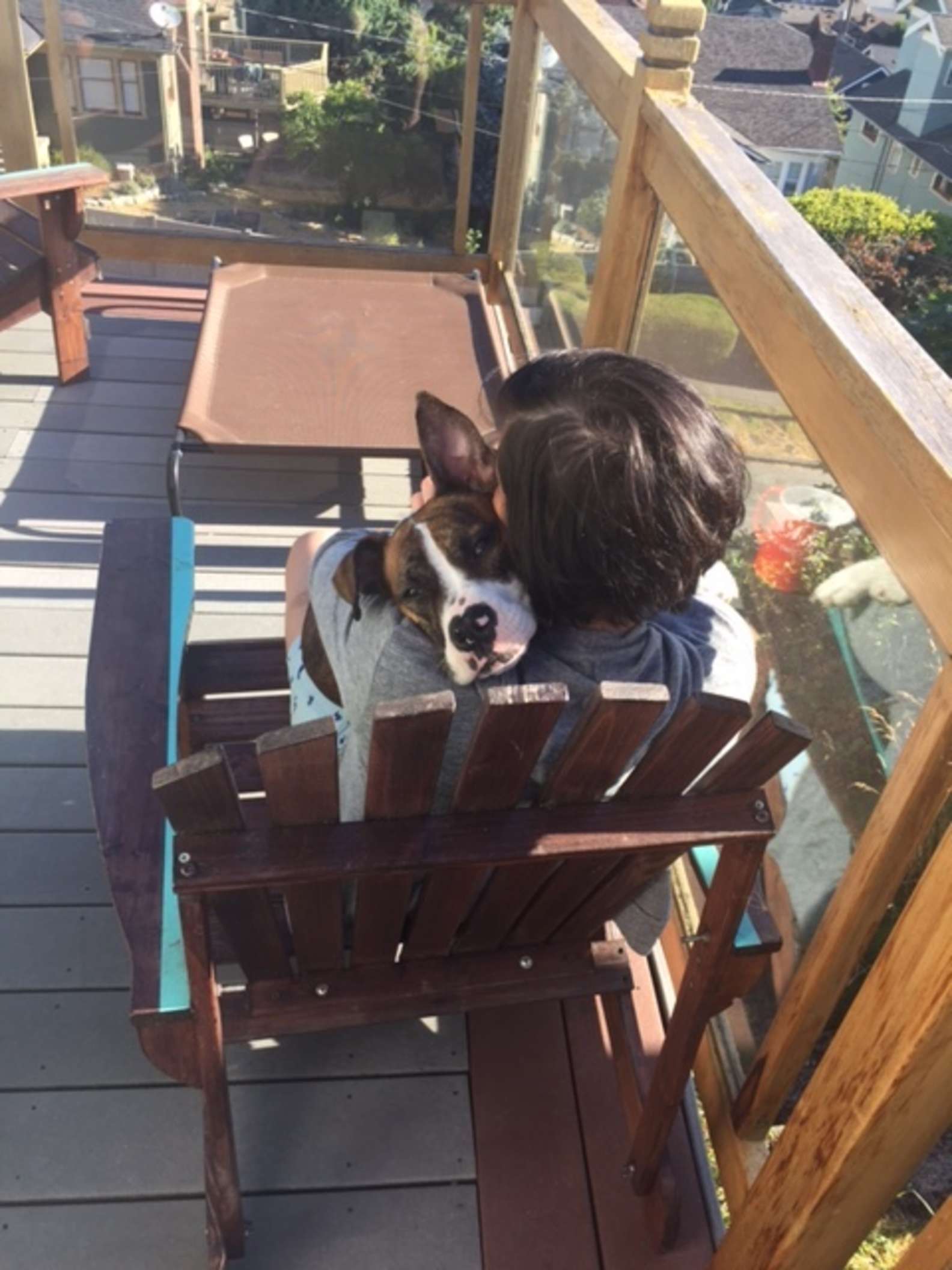 “Jeff has a big heart for animals,” Ahlberg explained. The couple already owned a rescue dog and two cats, and the decision to adopt another pet was a big one.

But after seeing how well she got along with the other animals in their home, the couple couldn’t resist adopting her. “We really wanted to give this dog a chance to know love and what a good home is,” Ahlberg said. 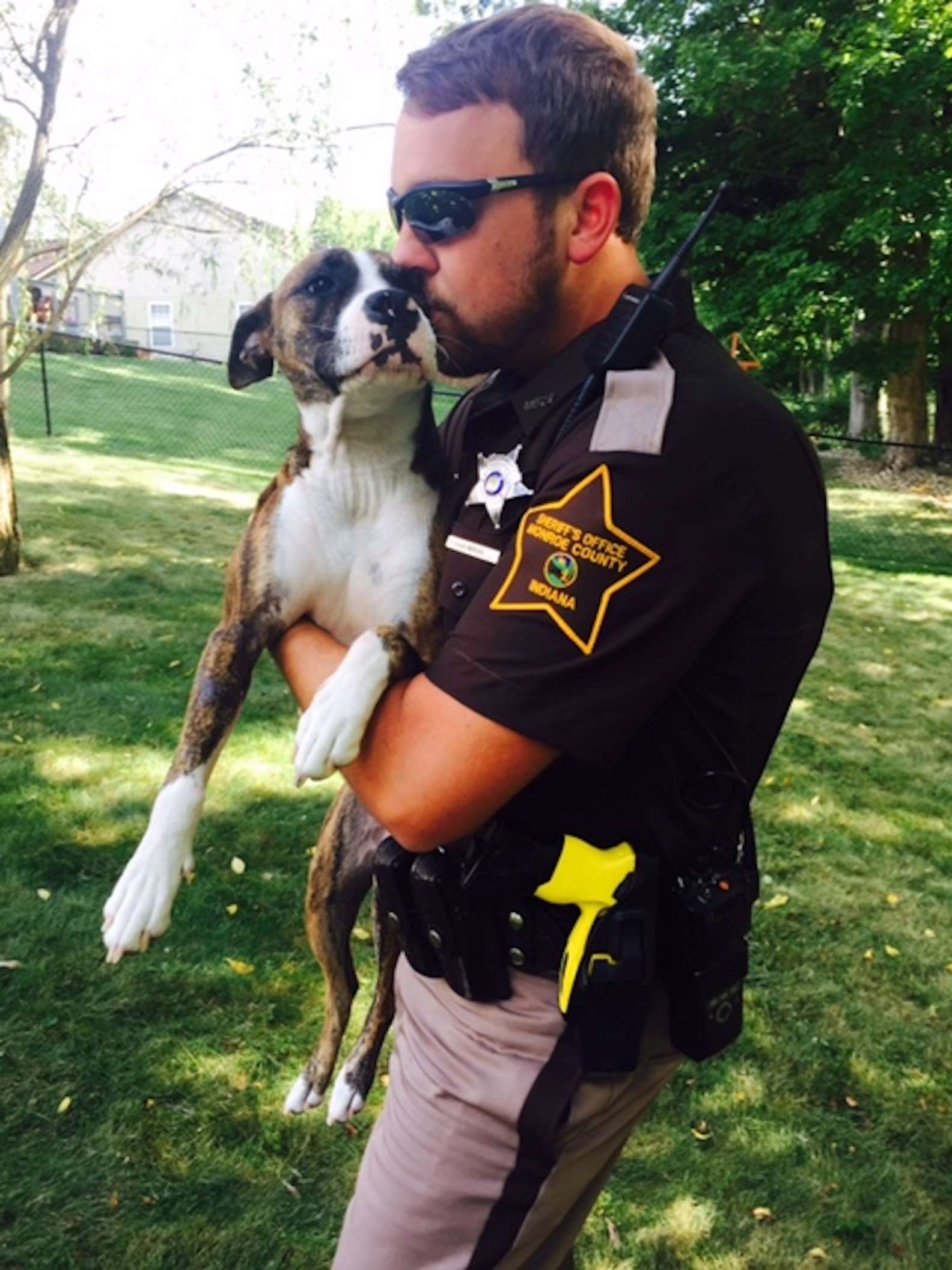 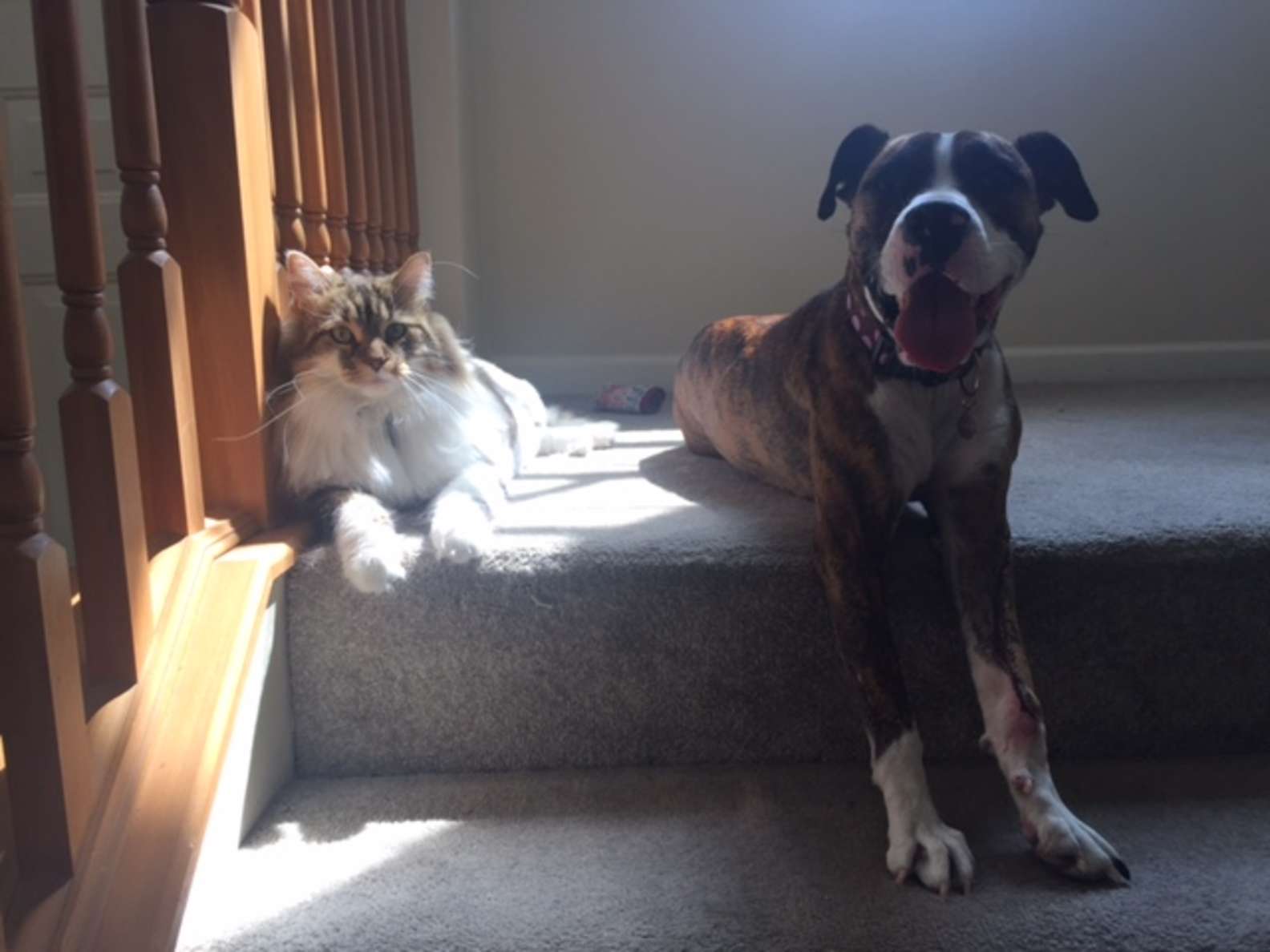 Daisy quickly got comfortable in her new home. Just weeks after her adoption, she’s already comfortable with getting pet, doesn’t quiver when hearing loud noises and gets along famously with the other animals.

“There’s less space in the bed, but she’s such a kind dog and deserves it,” Ahlberg said. 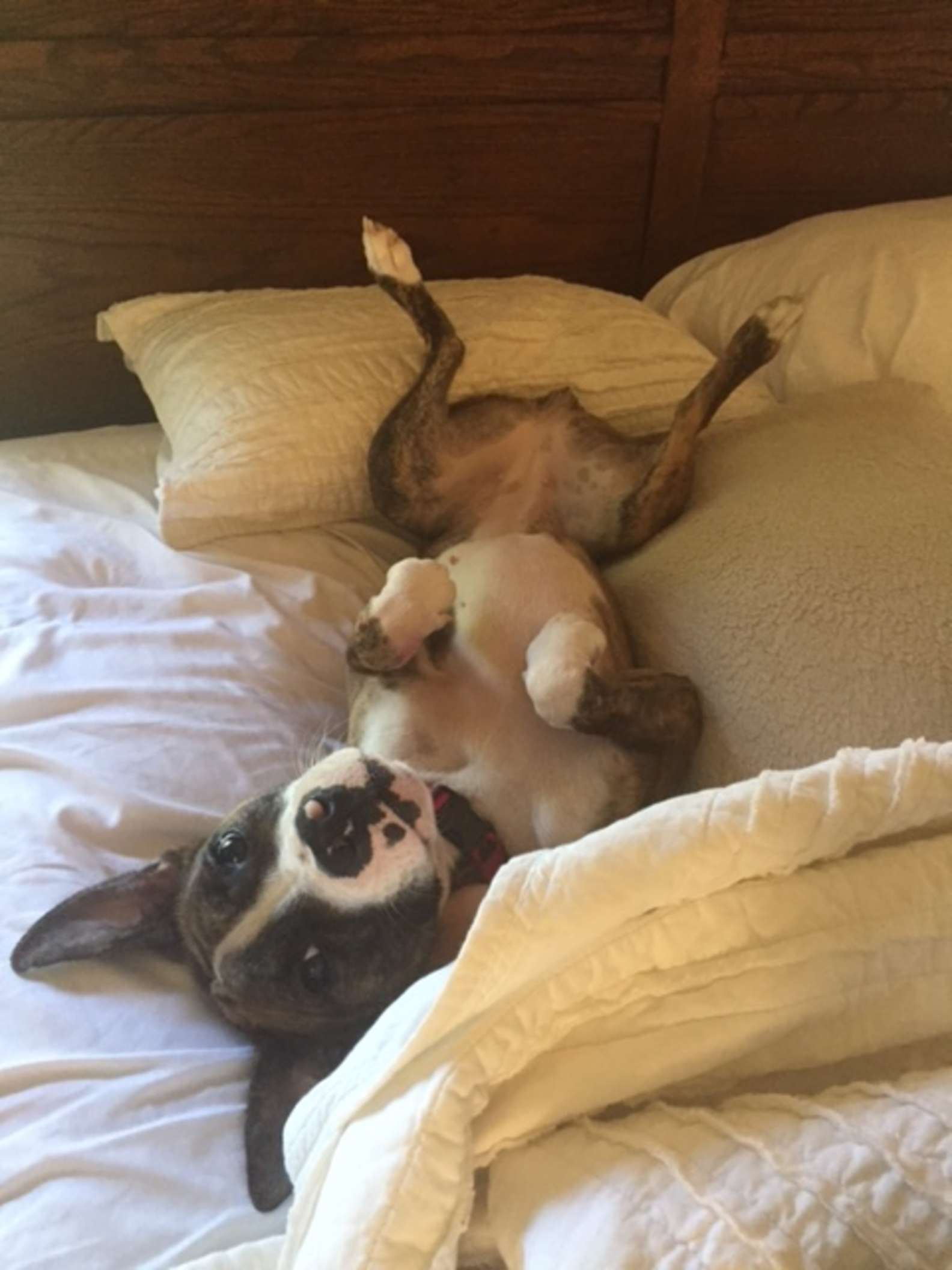 “Whenever I leave for school in the morning, I look up from my driveway and see Daisy’s head pressed against the bedroom window,” Ahlberg added. In the few weeks it’s taken for her to adjust to her new home, Daisy’s affection for her family has become apparent. 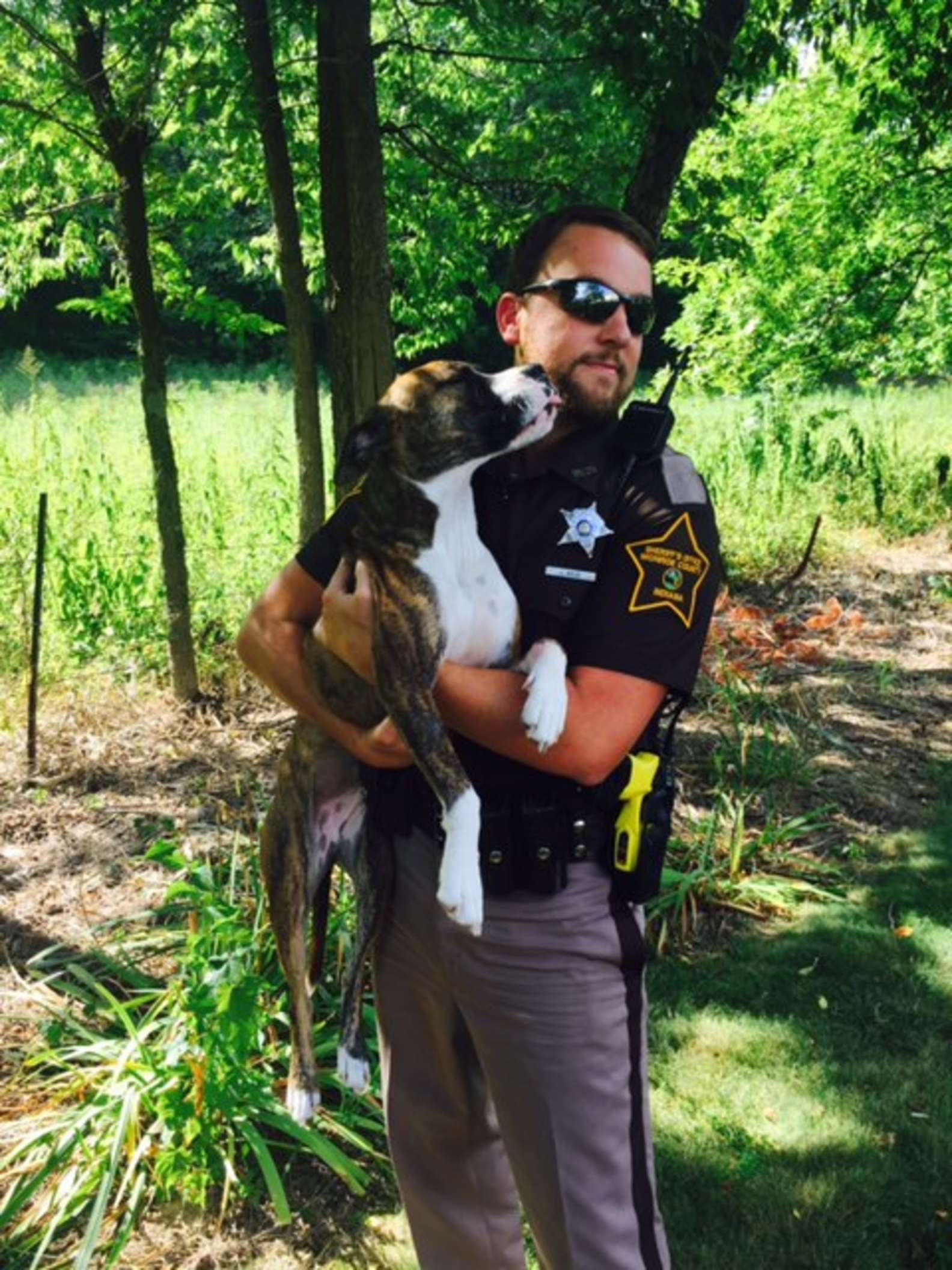 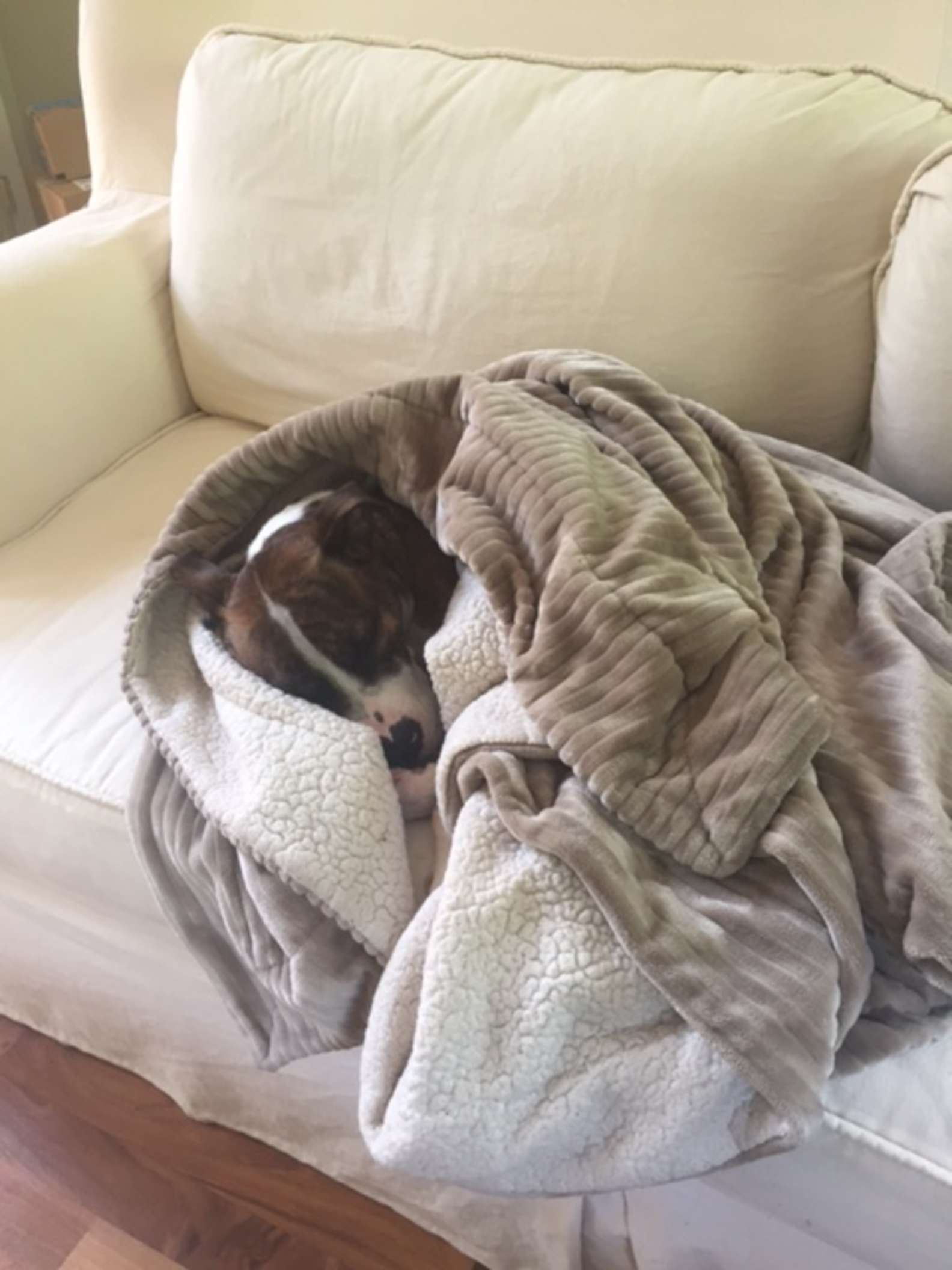 While things are certainly looking up for Daisy, she is still in dire need of surgery to repair her injuries. 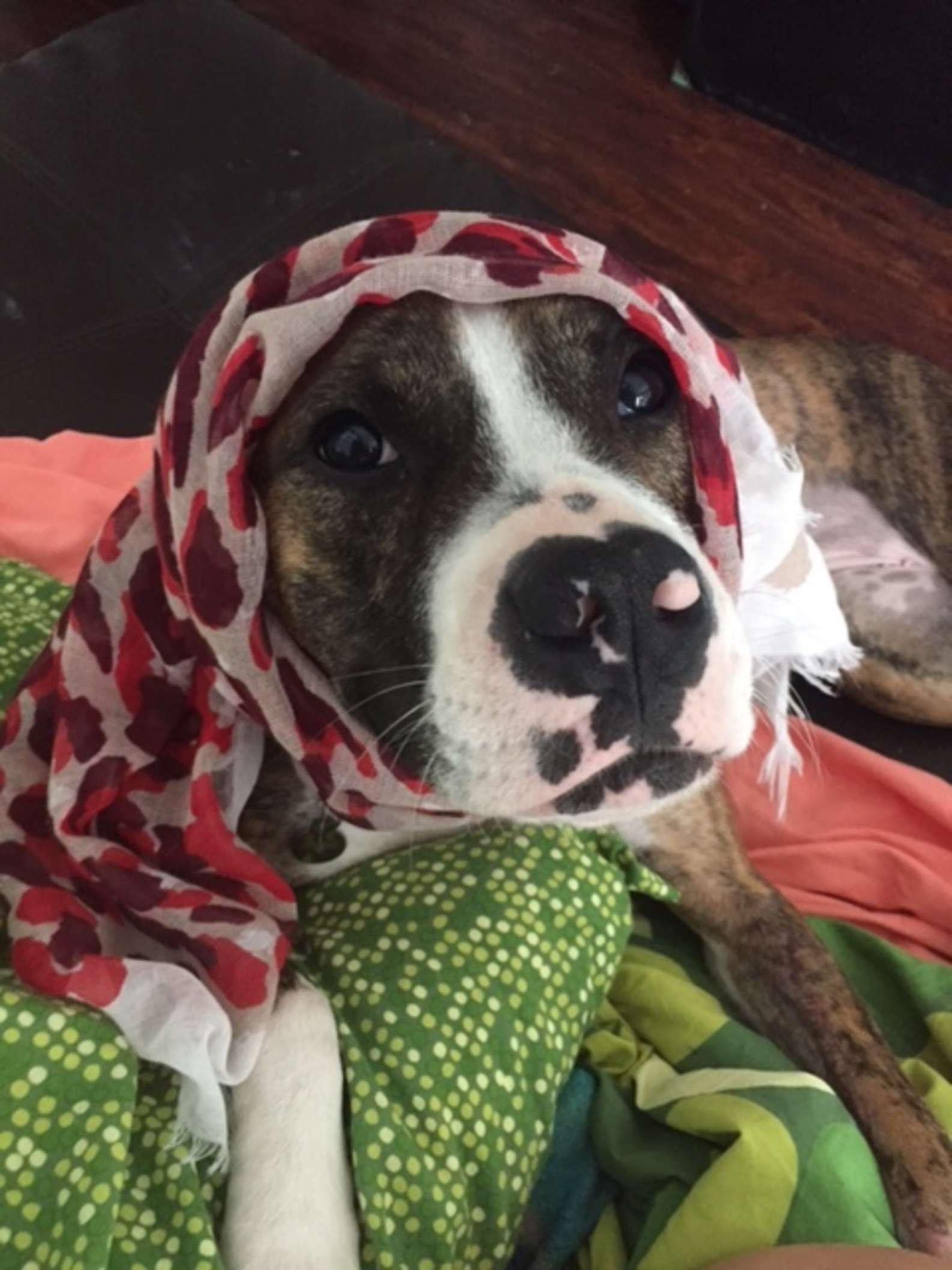