Plai Thang is a 31-year-old elephant who lives in Thailand’s Rayong jungle. The elephant was treated when it was severely ill in 2009, and it has been 12 years since then. The lovely elephant knew the vet who treated him at the time.

Plai Thang instantly stretched his trunk to welcome and touch the vet’s hand when he spotted him. The dramatic meeting was captured on video.

According to the Daily Mail, the elephant was diagnosed with trypanosomiasis and was transported to the Forest Industry Organization in Lampang province for treatment by officials from the Department of National Parks, Wildlife, and Plant Conservation.

Elephant remembers a veterinarian who helped him 12 years ago. After obtaining care for his ailments, he was released into the wild many months later. 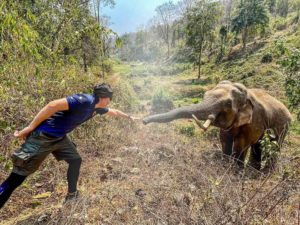 Dr. Pattarapol recognized the noises of the elephant he met 12 years ago while conducting patrols in the region a few days ago. He approached the guy after making some signs to the elephant, and they engaged for a few seconds; he is confident that Plai Thang knew him.

The veterinarian, who was overjoyed by the reconnection, said on Facebook:

“We remember each other… 12 years later… The first case of trypanosomiasis, a parasite in the blood, among wild elephants.” 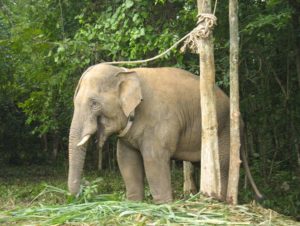 Elephants are Thailand’s official animal, and their preservation and care are extremely essential. Elephants are thought to number between 3,000 and 4,000 in the nation, with half of them living in natural reserves and the other half being tamed. 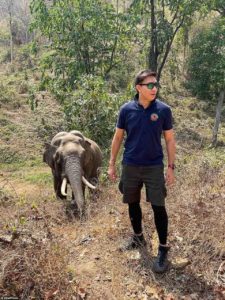 “Recently, we reconnected. We recall each other… We exchange greetings. I heard this wild elephant’s cry in a tone of voice I had never heard before from any elephant the moment we touched.”