Recently, people on Reddit let out a collective ‘aww’ when this guy – John Beck – uploaded a picture of his dad holding a 3-week-old baby goat. John told Bored Panda that the baby goat is named Pongo and was taken from a rescue shelter called Animal Rescue Inc. in Pennsylvania. The cute photos speak for themselves, so scroll down to see just the most sincere smile on the man’s face after getting to hold this cute creature! 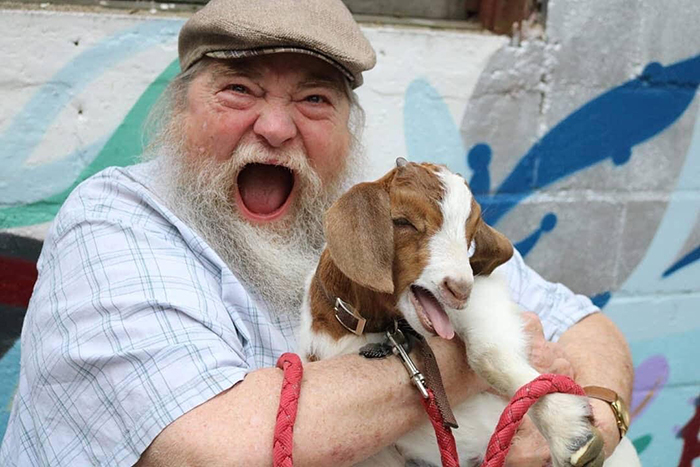 “My name is John Beck and I took these photos of my dad Martin Beck holding Pongo. He’s super excited about this! Pongo the goat is from a rescue shelter called Animal Rescue Inc. located at the Mason Dixon line in south-central Pennsylvania,” John told Bored Panda. The Animal Advocates of South Central Pennsylvania is a non-profit organization based that are advocating for a vegan lifestyle and animal rights in general. 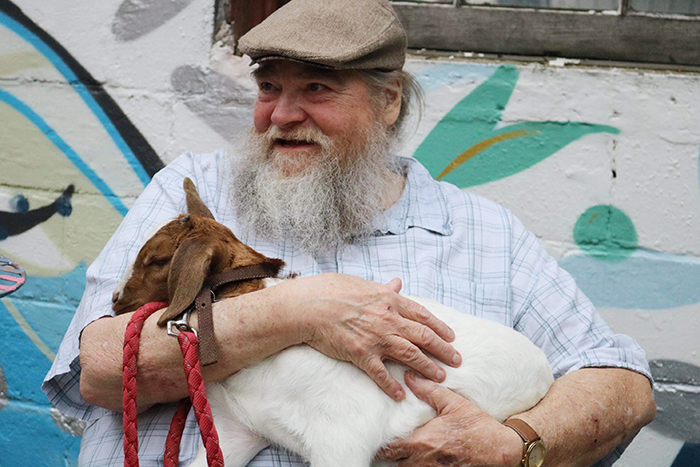 John told Bored Panda: “Pongo is a rescue. Unfortunately, he’s not mine, I wish I could take him but city ordinances say no goats. He was actually visiting at a fundraiser event [that] my dad and I were at for Animal Advocates of South Central Pennsylvania. They do a lot of outreach in the community to raise awareness. That’s why my dad was so ecstatic. It was a surprise Pongo was there. Animal Rescue Inc. showed up to help promote the event. It worked! The event raised $3,500! He’s [Pongo] definitely up for adoption though! You should get him! All of the goats he lives with at the sanctuary are up for adoption and were all incredibly sweet goats. I got to meet them a couple of weeks ago prior to Pongo’s visit.” Animal Rescue is a charity organization caring for abused and abandoned animals. “ARI is home to several hundred animals between our different locations. We have many adoptable animals as well as animals with varied medical or behavioral needs. No animal is euthanized due to medical expense or the inconvenience of care,” the organization writes on its website. In case you’re interested in donating or volunteering, follow this link. 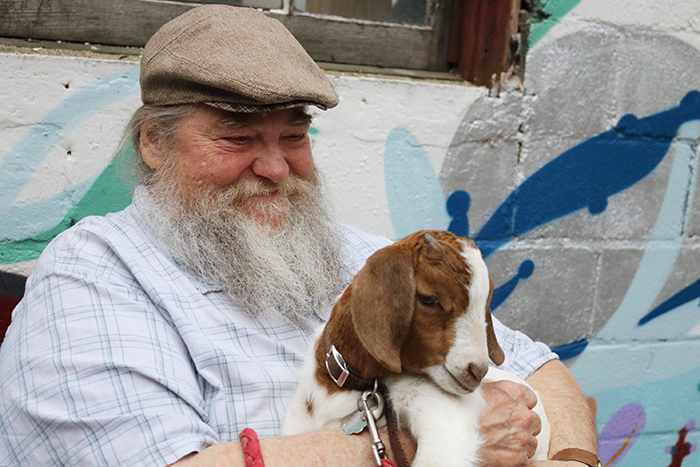 When asked about baby Pongo, John told us: “He’s very vocal when he gets excited. People who didn’t know there was a goat at first thought it was a kid screaming. He loves exploring and going for walks. He also loves chin rubs and head scratches between his tiny horns. He also loves eating dandelions. Pongo is the best! Pongo is a lover and loves being held. In fact, he kept falling asleep in people’s arms. He’s a very relaxed baby goat. There was a couple of dogs at the event passing through. He didn’t seem phased by them at all. The dogs were curious though. Pongo is probably pretty used to animals being from a sanctuary. He was from a group of 30-50 goats that were rescued from being slaughtered. The farmer was dying and so he turned them over to the sanctuary back in early April of this year. Pongo is [now] only a month old. ” 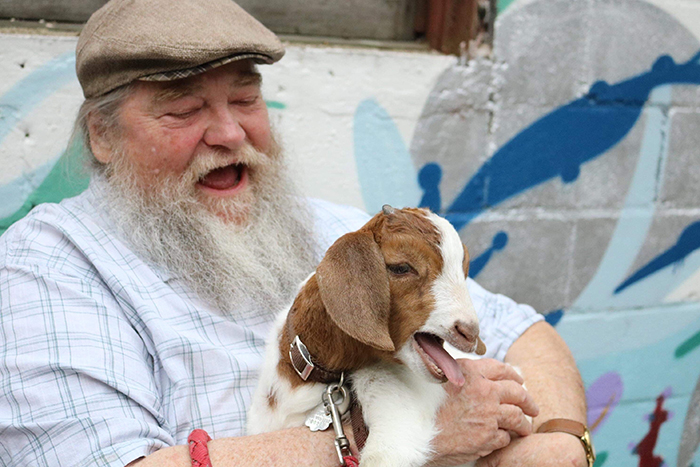 John’s post on Reddit really did “blow up,” but it’s not hard to see why. People always want to see happy faces and cute animals and the combination of two is often the recipe for going viral. The photo almost instantly received more than 82,000 upvotes and numerous comments, many of which were referring to the man’s resemblance to George Raymond Richard Martin, an American writer, best known for his series of epic fantasy novels, A Song of Ice and Fire, which was adapted into the HBO series, Game of Thrones.