Nature photographer and photojournalist, Anil Prabhakar faced something unexpected one day. He was trying to photograph a wild orangutan. He is from Indonesia and soon became part of the Borneo Orangutan Survival Foundation. 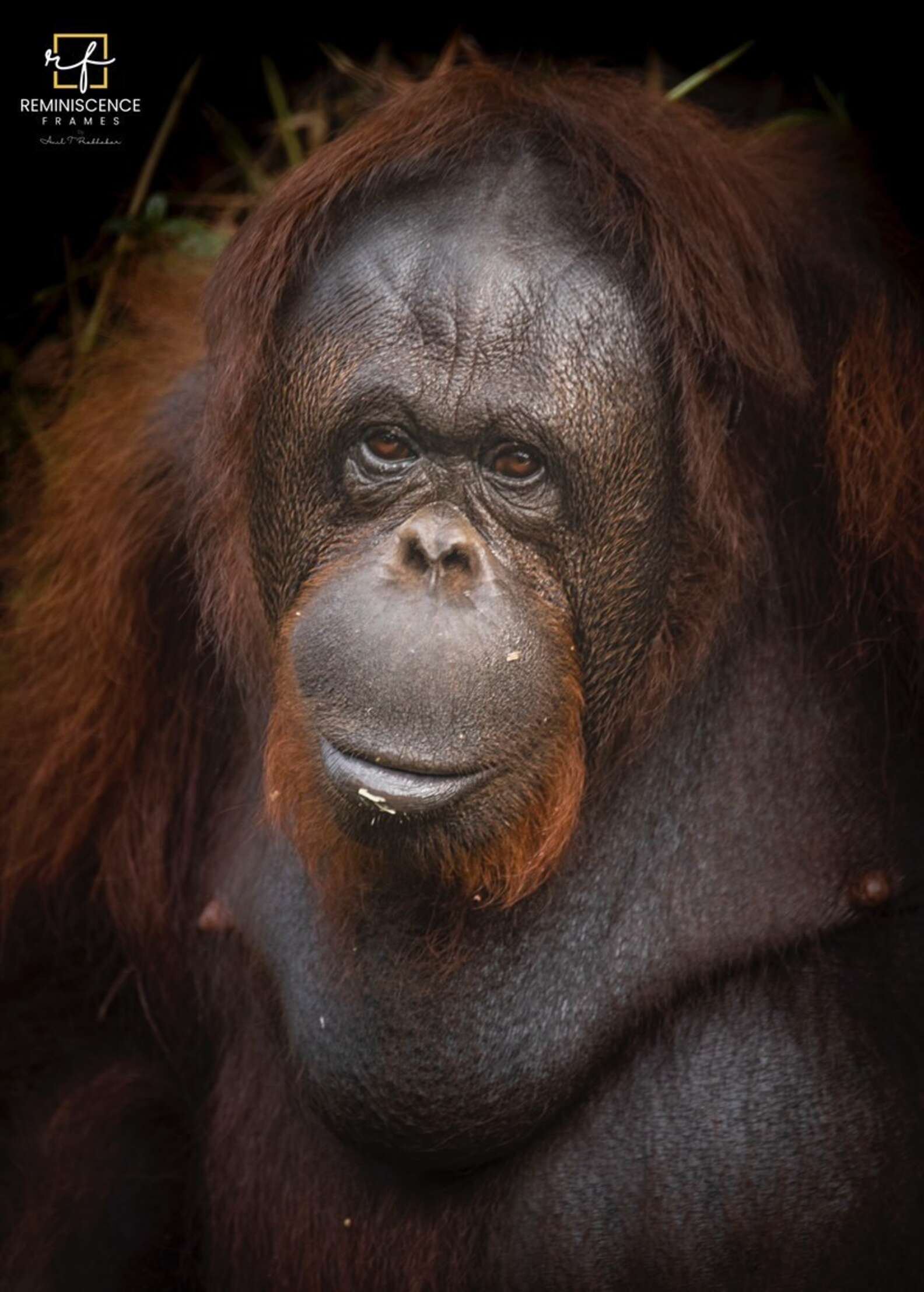 “They will rescue them and help them get back to the wild. They treat them if they are injured and help with the trauma they’ve faced. Then they move them to a temporary forest, where they can get used to being wild, and release them to the main forest.” he has said. 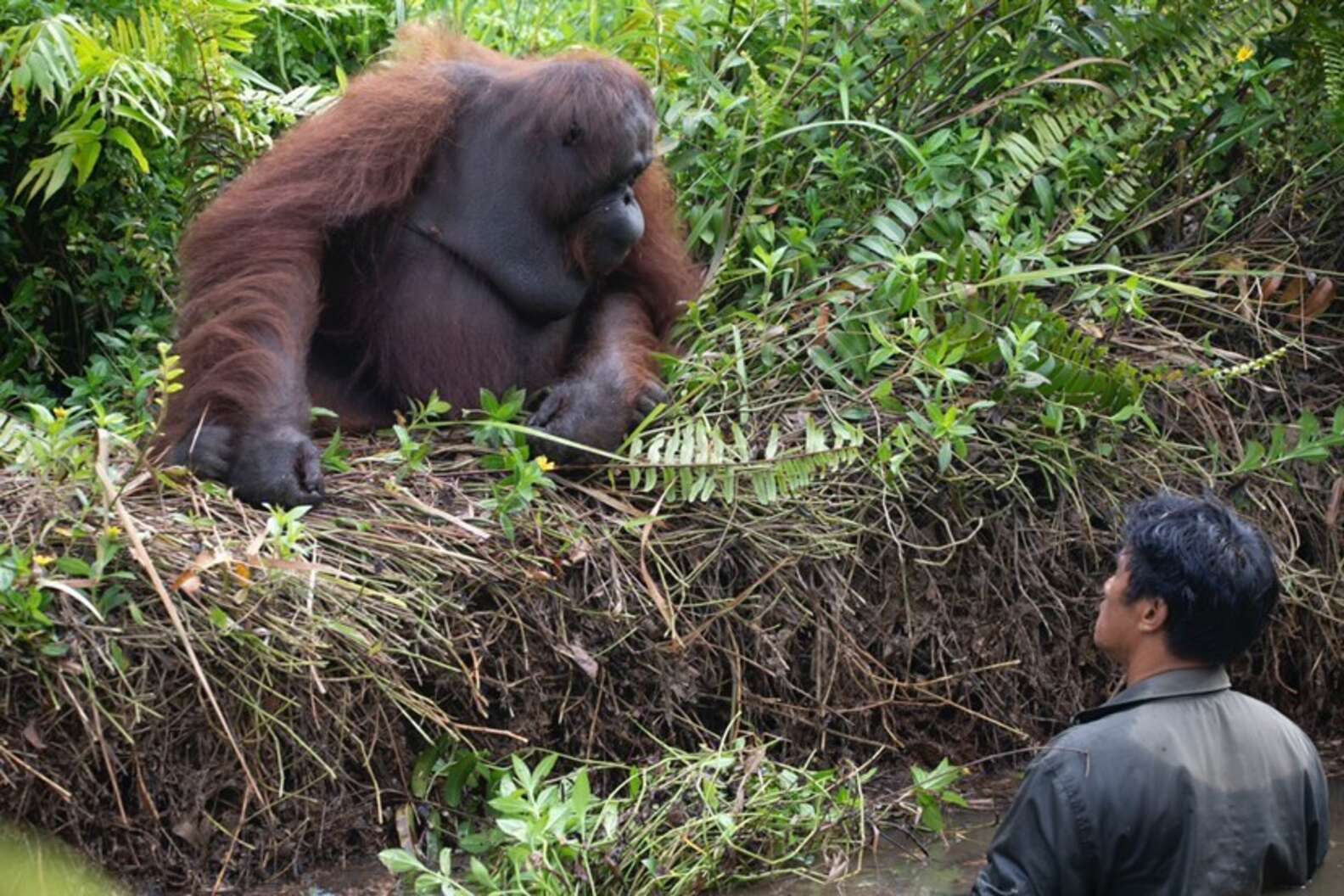 But one day he noticed a crew member enter a small river. A man approached the orangutan but later the group saw that there was a snake.

“Poisonous snakes are dangerous to orangutans, so they have to take care of those things,” Prabhakar said. “So, this fellow started cleaning these bushes all along the river, and it was as if he was moving in slow motion because his legs were getting stuck inside the mud.” 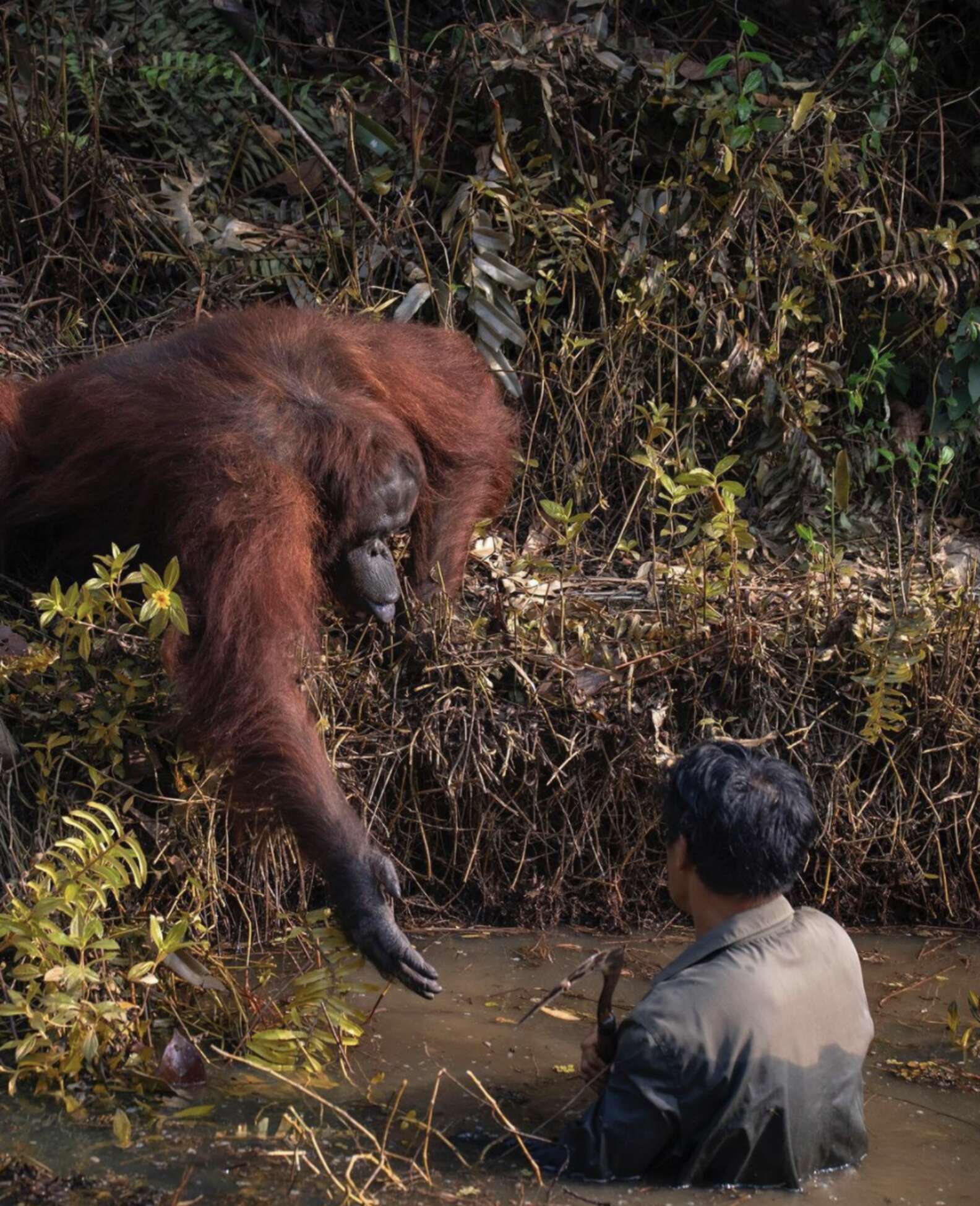 Since the man was inside the mud, he got stuck there and needed help.

Immediately, orangutan extended her hand to help man. This is the most amazing gesture ever.

“Suddenly, this orangutan came closer to the river banks, sat there and watched what this fellow was doing,” Prabhakar said. “When this fellow struggled to pull out his legs, the orangutan put her left hand on the bank of the river and extended her other hand towards him. It was a lovely gesture.” 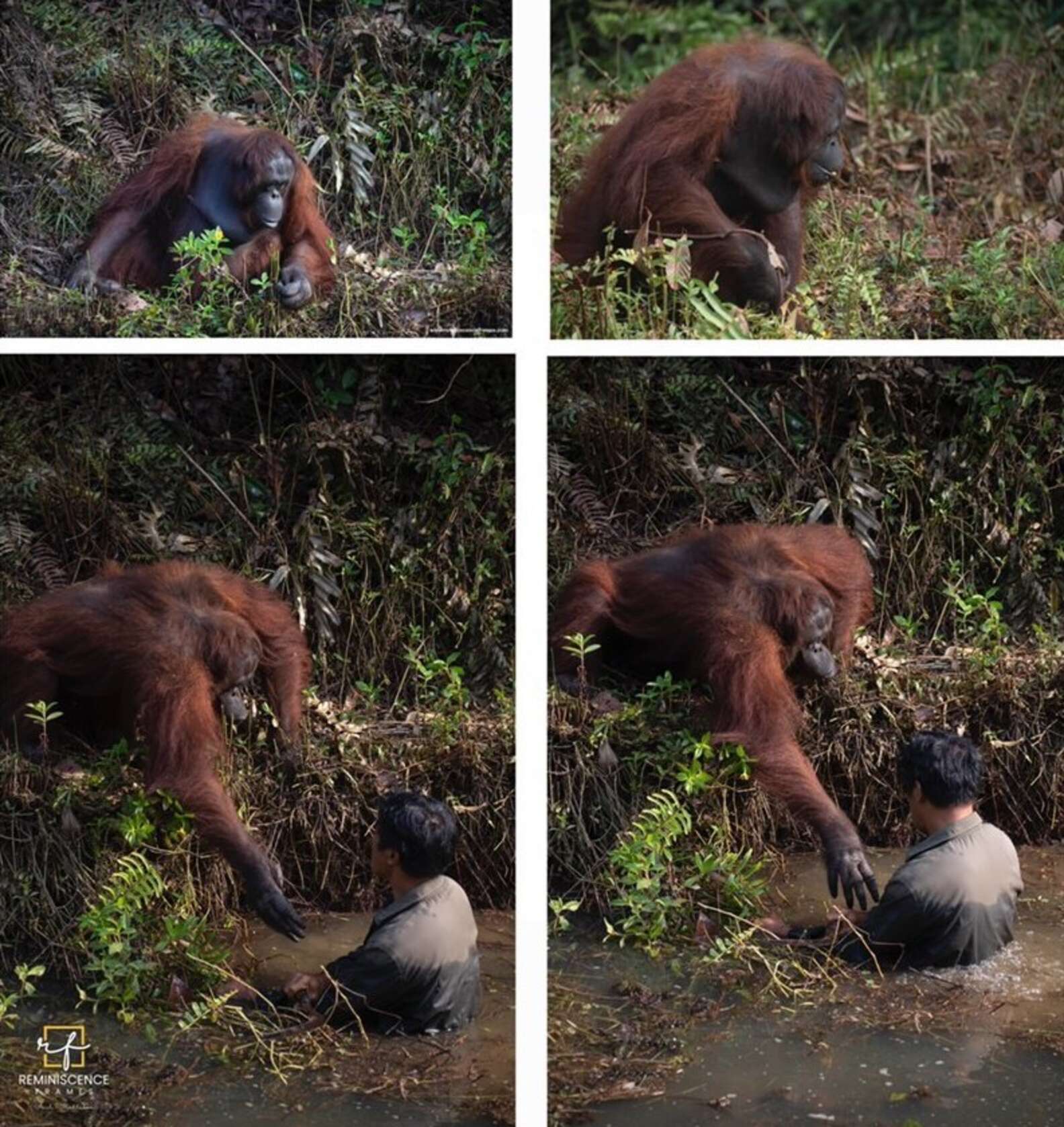