Houston, Texas, is currently experiencing catastrophic levels of flooding due to the torrential rains being dumped in the region by tropical storm Harvey. Five people have been reported dead so far, many more are injured, and thousands have been displaced. But as people flee to save themselves, many are forgetting to take their animals with them, and as you can see from these heartbreaking pictures, dogs are being left behind to fend for themselves in what might be the worst flood in the history of Houston. 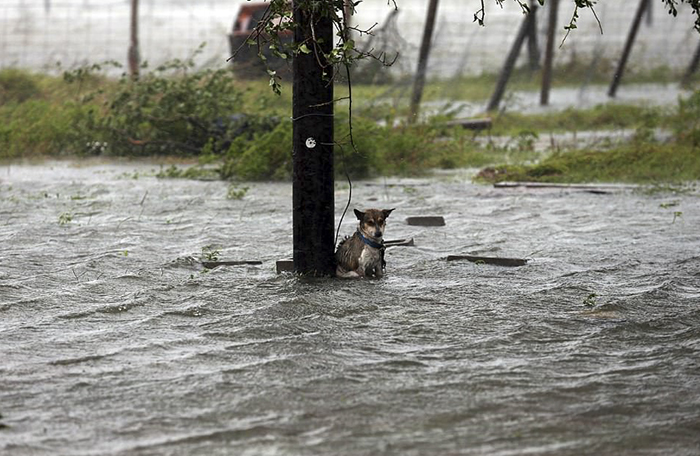 Despite Texan officials repeatedly warning people about leaving their pets and livestock behind, one dog was spotted holding onto a road barrier while a river of rain threatened to carry it away, while others have been seen chained up to trees and telephone poles in areas that have seen as much as 10 inches of rainfall in just 24 hours. 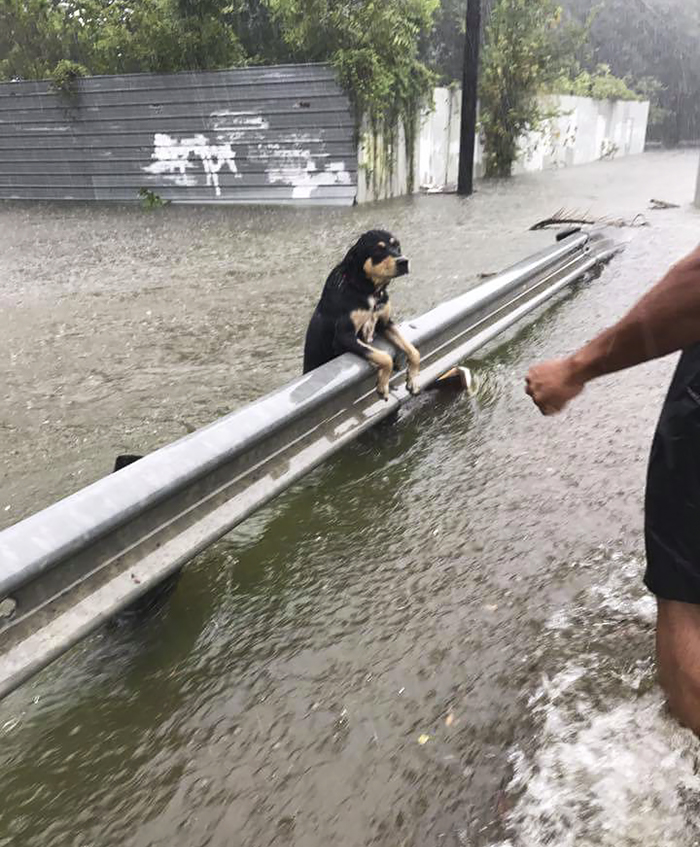 “I promise you, that I will hold anyone accountable that unlawfully restrains their dog in extreme weather conditions,” said Chief Stephen Carlisle in Roman Forest, about 40 miles north of Houston. “Dogs are your family members too.” We couldn’t agree more. Our hearts go out to the people and pets who are currently affected by tropical storm Harvey. 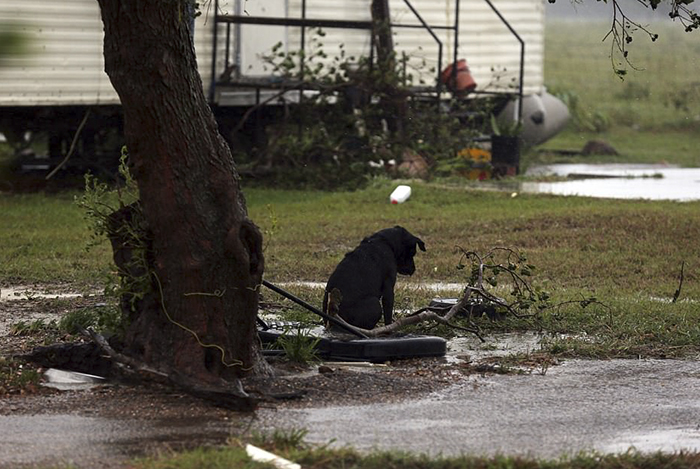