When the leopard cub arrived at Manikdoh Leopard Rescue Center, she was suffering in more ways than one.

She had been hit by a speeding car in the Indian state of Maharashtra, leaving her in critical condition. Indeed, a severe spinal injury left her unable to move so much as a paw.

But what made her condition even more heartbreaking was how she came by it. The cub was trying to cross the road. Her mother waited on the other side.

A leopard barely seven months into her life had been cut down on a highway — part of the country’s infrastructure makeover that has claimed increasing wildlife casualties in recent years. 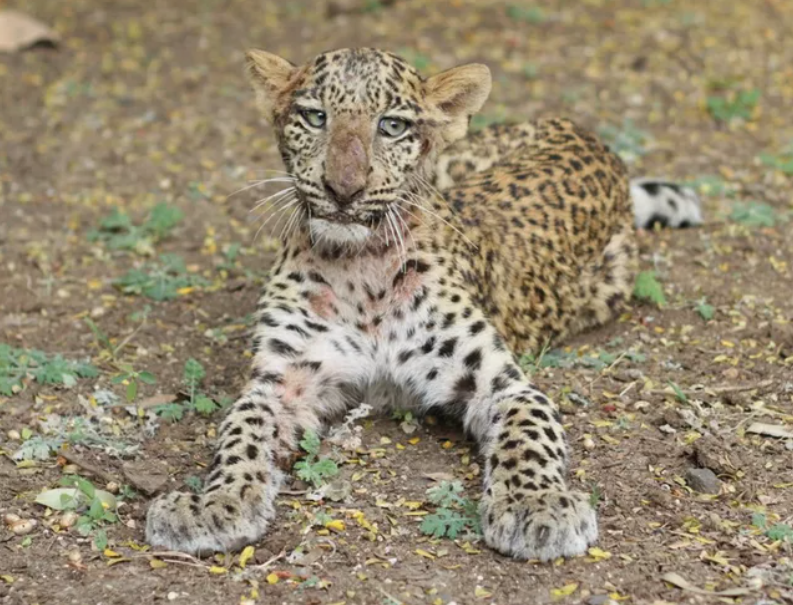 And she was without her mother.

Although the outlook was bleak, veterinarians at Wildlife SOS, the organization that runs the facility, set to work repairing an animal broken both in body and heart.

On the bright side, they felt that the leopard’s youth could work in her favor.

“As the leopard is young, we feel that with proper treatment she might be able to walk again,” Ajay Deshmukh, a senior veterinarian with Wildlife SOS noted in a press release.

And so, like any human who had sustained a grievous spinal injury, the leopard was enrolled in an intensive physical therapy program: stretching exercises, massages, anything medical staff could do to bring her muscles back to life. 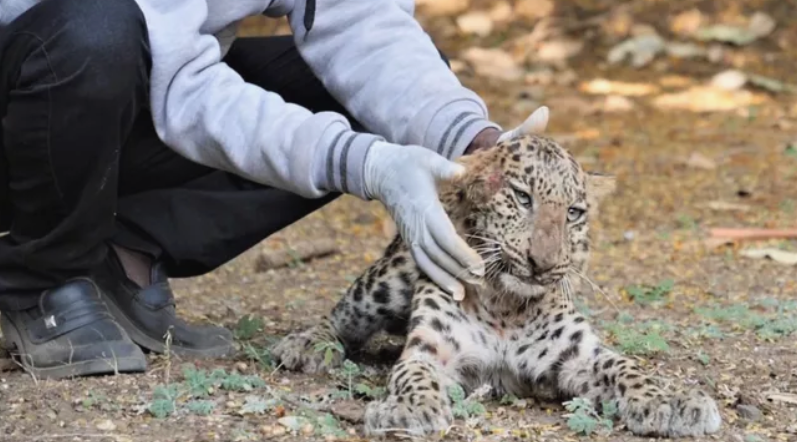 Staff even built a unique support device to help her keep her back straight.

In what the organization calls a “miraculous” development on its blog, the cub has made enormous strides.

“After days of struggling to even stand up on her own, the cub has showing positive signs of limb movement, paying off for all the efforts the team channeled in her recovery,” Wildlife SOS notes.

“The young leopard has a strong will to live and survive,” Wildlife SOS founder Kartick Satyanarayan noted.

At this rate, the cub will soon be ready for a return to the wild. And once there, perchance to be at her mother’s side again.